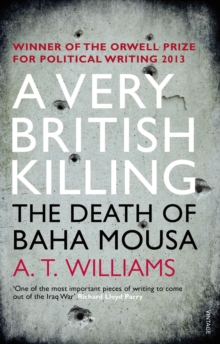 by A. T. Williams

On 14 September 2003 Baha Mousa, a hotel receptionist, was arrested in Basra by British troops and taken to a military base for questioning.

Less than forty-eight hours later he was dead. In A Very British Killing A.T. Williams tells the inside story of this crime and its aftermath, exposing the casual brutality, bureaucratic apathy, and instituional failure to hold people criminally responsible for Mousa's death.

What it reveals about Britain and its political and military institutions is explosive.