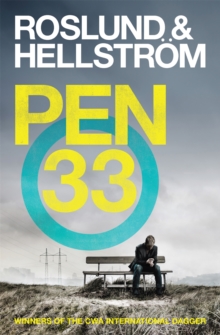 THE FIRST IN THE MILLION-SELLING DCI EWERT GRENS SERIES, WINNER OF THE GLASS KEY 2005 FOR BEST SCANDINAVIAN CRIME NOVEL OF THE YEAR, AND AS HARD-HITTING A CRIME NOVEL AS YOU WILL EVER READ. 'A must read' ObserverBernt Lund harbours a sickness.

He is a monster: in the mind of society, in the mind of his nine-year-old victims' parents, and in the mind of his fellow inmates. Lennart Oscarsson has a situation. The worst scenario imaginable for Aspsas prison's Department for Sexual Crimes. These two men's actions are about to hand DCI Ewert Grens the most profoundly sickening and impossibly sensitive case of his career, and in Stockholm's history. Pen 33 is both an unforgiving collision between a time-hardened policeman and a truly heinous crime, and an unflinching exploration of what people - whether criminals or victims - are capable of when they choose to relinquish self-control. Loved Pen 33 and hungry for another DCI Ewert Grens thriller?