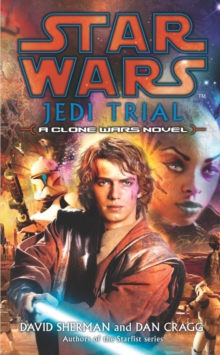 Part of the Star Wars series

Major original Star Wars adventure set against the backdrop of the Clone Wars and telling the tale of Anakin Skywalker's rise to full Jedi Knight status.

This book tells how that happens. A planet that is a crucial communications centre is taken by the Separatists, and the Republic decides to back a guerrilla fighting group called Freedom's Sons in taking it back.

A detachment of clone troopers led by Jedi Knight Nejaa Halcyon and Jedi Padawan Anakin Skywalker is sent out to help the Freedom's Sons.

Little does Anakin know that the volatile situation on this occupied planet will prove to be his own personal Jedi Trial, and that if he emerges victorious, he will have won the coveted titled of full Jedi Knight, student no longer but Jedi in his own right.

This is the Anakin who learns how great his powers can be and how huge is his real potential.

Also in the Star Wars series