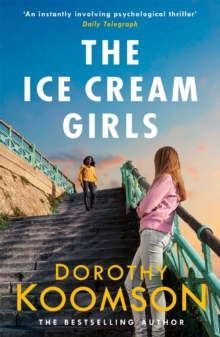 'All the stuff in the papers was lies. We were never The Ice Cream Girls'Serena and Poppy were teenagers when they were branded as the Ice Cream Girls. When they were accused of murder, one of them was sent to prison while the other was set free. Now, 20 years later, one of them is doing all she can to clear her name and the other is frantically trying to keep her secrets.

Which Ice Cream Girl is desperate enough to kill to get what she wants?A gripping, emotional thriller from the Sunday Times bestselling author Dorothy Koomson

Tell Me Your Secret : the absolutely...
Dorothy Koomson
£4.99