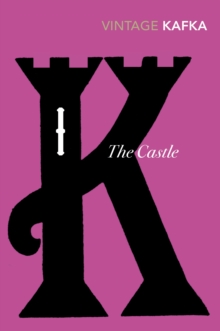 'He is the greatest German writer of our time. Such poets as Rilke or such novelists as Thomas Mann are dwarfs or plaster saints in comparison to him' Vladimir NabokovThe story of K. and his arrival in a village where he is never accepted, and his relentless, unavailing struggle with authority in order to gain entrance to the castle that seems to rule it.

K.'s isolation and perplexity, his begging for the approval of elusive and anonymous powers, epitomises Kafka's vision of twentieth-century alienation and anxiety.