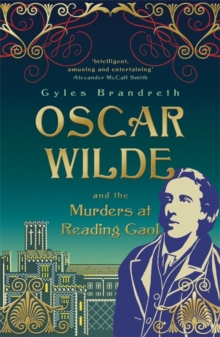 Oscar Wilde, poet, playwright, novelist, raconteur and ex-convict, has fled the country after his release from Reading Gaol.

Tonight he is sharing a drink and the story of his cruel imprisonment with a mysterious stranger.

He has endured a harsh regime: the treadmill, solitary confinement, censored letters, no writing materials.

Yet even in the midst of such deprivation, Oscar's astonishing detective powers remain undiminished - and when first a brutal warder and then the prison chaplain are found murdered, who else should the governor turn to for help other than Reading Gaol's most celebrated inmate?

In this, the latest novel in his acclaimed Oscar Wilde murder mystery series, Gyles Brandreth takes us deep into the dark heart of Wilde's cruel incarceration.

Oscar Wilde and the Murders at...
Gyles Brandreth
£3.99