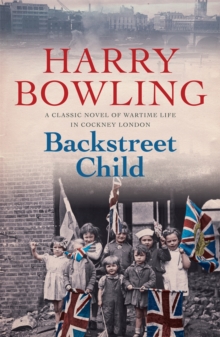 Salmon Lane is a quiet Bermondsey backstreet lined with modest brick houses and paved with cobbles.

For Carrie Tanner it's home. She's worked hard to build her own business and has earned the grudging respect of her business rivals - even the Galloways, both father and son.

Personal feuds, though, are overshadowed by the outbreak of the Second World War, which brings the terrors of the Blitz to the neighbourhood.

This close-knit community is forced to draw on all their reserves of courage and humour to survive the difficulties of poverty, rationing and nightly air raids. And even as the men are called up, go missing in action or are killed, and homes are bombed, their extraordinary Cockney spirit shines through ...