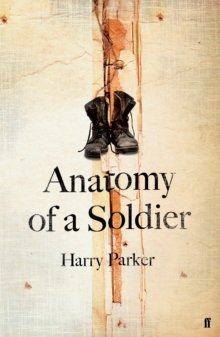 Anatomy of a Soldier Hardback

Two boys are growing up there, sharing a prized bicycle and flying kites, before finding themselves separated once the soldiers appear in their countryside.

On all sides of this conflict, people are about to be caught up in the violence, from the man who trains one boy to fight the infidel invaders to Barnes's family waiting for him to return home. We see them not as they see themselves, but as all the objects surrounding them do: shoes and boots, a helmet, a trove of dollars, a drone, that bike, weaponry, a bag of fertilizer, a medal, a beer glass, a snowflake, dog tags, an exploding IED and the medical implements that are subsequently employed. Anatomy of a Soldier is a moving, enlightening and fiercely dramatic novel about one man's journey of survival and the experiences of those around him.