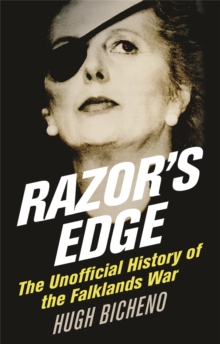 The reasons behind this British decision, and its disastrous and inevitable consequences in the South Atlantic, are the main story of this book. There were three main players in the war, each of them trying to overcome their own cultural baggage.

The Argentines were riddled with guilt: after years of fighting a morally repugnant campaign against its own people, the Argentine military saw a war for the Malvinas islands as a perfect opportunity to win back their self-respect.

The hands of the Americans were also bloody from the likewise dirty wars they had sponsored and abetted in Central America.

For Britain it was simply the last straw after decades of humiliation.