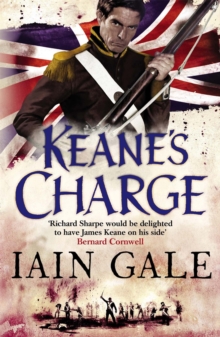 Perfect for fans of Simon Scarrow and Bernard Cornwell. The intrepid band of warriors, led by Captain James Keane, have been given their toughest job yet.

The Portuguese university city of Coimbra is in ruins.

Infiltrating the streets are untrustworthy Spanish guerrilla fighters, local Portuguese out for revenge and rival spies determined to find the famous book of ciphers, hidden in the city and guarded by a dissident Jesuit group.

James Keane and his men must prevent the book falling into enemy hands but also to discover which of the guerrilla groups can be trusted.

But this means sometimes following their own instincts over Wellington's orders . . . can Keane capture the book without sacrificing his honour, position and reputation?