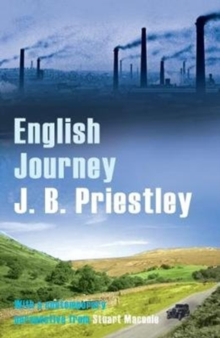 by J. B. Priestley

In 1934, JB Priestley published an account of his journey through England from Southampton to the Black Country, to the North East and Newcastle, to Norwich and home.

In capturing and describing an English landscape and people hitherto unseen in literature of its kind, he influenced the thinking and attitudes of an entire generation and helped formulate a public consensus for change that led to the formation of the welfare state. Prophetic, profound, humorous and as relevant today as it was nearly 80 years ago, English Journey expresses Priestley'sdeep love of his native country and teaches us much about the human condition and the nature of Englishness.

Also by J. B. Priestley