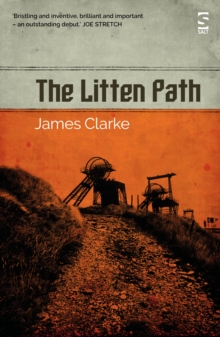 WINNER OF THE BETTY TRASK PRIZE 2019March, 1984. Britain's miners face political opposition. Soon, the State will confront them, violent forces will be unleashed and the country will change forever. The Newmans have enough on their plate without a strike to contend with.

Arthur hates working at the pit, his unhappy wife, Shell, doesn't know what she wants and their lonely son Lawrence has no say in anything - especially a late night mission to Threndle House, home of disgraced politician Clive Swarsby and his two mysterious children.

When Lawrence and Arthur take an abandoned rug from the house, their family is plunged into crisis.

Then there is the small matter of the pickets . . . Taking in controversial events such as the Battle of Orgreave, The Litten Path is an exceptional debut set against the sunless landscapes of a country now lost in time.

Grimly honest and tender, tough and lyrical, comic and painful, it is about class friction, the clash between the urban and the rural.

It is about what happens when a decision is made, when one cannot turn back.