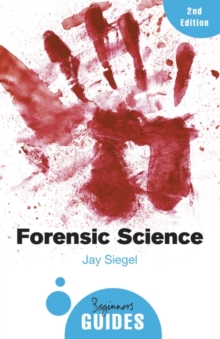 Part of the Beginner's Guides series

In the wake of the phenomenal success of crime shows like CSI, forensic science has never been so popular.

The obsessive attention that Grissom and his crew afford seemingly insignificant details, such as particles of dirt in a bullet wound and the presence of pollen in tyre tracks, have left audiences eager to know more about this field of study. In this fully revised and updated edition, real-life examples come under the scalpel as forensic scientist Jay Siegel follows the course of evidence all the way from the crime scene to the court judgement.

Also in the Beginner's Guides series