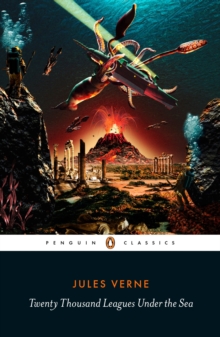 'It is a ripping yarn, but it is also an eerie tale of isolation and madness ... with a compellingly Byronic central character' GuardianCombining thrilling adventure with scientific facts and a wonder at the natural world, Twenty Thousand Leagues Under the Sea is Jules Verne's most enduringly popular novel.

It begins when a vast black object is spotted menacing the oceans, causing panic over the world.

When Professor Aronnax joins an expedition to hunt down the creature, he and his two companions discover it is a giant submarine, the Nautilus.

Captured and held prisoner on board by its captain, Nemo - unpredictable, enigmatic, exiled from humanity - they have no choice but to travel the terrifying underwater depths with him.

Translated with an Introduction and Notes by David Coward

Twenty Thousand Leagues under the Seas
Jules Verne
£6.92 Save £2.07