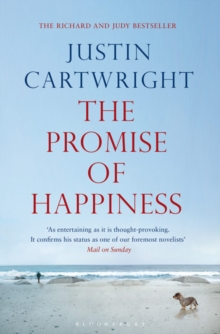 The Promise of Happiness Paperback / softback

Charles Judd meanders round his local Cornish beach, contemplating the turns his life has taken.

His wife Daphne struggles hopelessly with the latest fish recipe, trying to keep something in her life under control.

Two of their children are keeping it all together - just.

But they are all still recovering from the shock of the prodigal daughter, Juliet, being imprisoned in New York State for her part in an art theft.

Since then, Charles appears to have lost his entire family.

Now Juliet is being released, the family is about to be reunited and the wounds her imprisonment has caused are being re-opened.

Look At It This Way
Justin Cartwright
£6.99

Half in Love
Justin Cartwright
£6.99

In Every Face I Meet
Justin Cartwright
£5.99