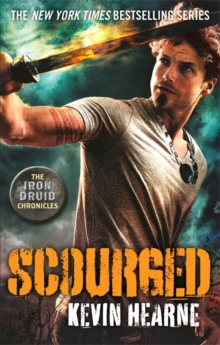 ***OVER A MILLION COPIES OF THE IRON DRUID BOOKS SOLD***'American Gods meets Jim Butcher's Harry Dresden' SFF WorldKevin Hearne creates the ultimate Atticus O'Sullivan adventure in the grand finale of the New York Times bestselling Iron Druid Chronicles. Unchained from fate, the Norse gods Loki and Hel are ready to unleash Ragnarok, a.k.a. the Apocalypse, upon the earth. With a whole host of dark allies on their side, there's a globe-spanning battle on the cards - one which Druid Atticus O'Sullivan will be hard-pressed to survive, much less win. Atticus must recruit the aid of an Indian witch and a trickster god in hopes that they'll give him just enough leverage to both save Gaia and see another sunrise.

After all - if the world ends, who's going to make sure the hound Oberon gets his well-deserved snack?Praise for the Iron Druid Chronicles:'Atticus and his crew are a breath of fresh air! . . . I love, love, love this series' My Bookish Ways'Entertaining, steeped in a ton of mythology, populated by awesome characters' Civilian Reader'This is one series no fantasy fan should miss.

Dawson as 'a rare masterpiece that's both current and timeless . . . merging the fantasy bones of Tolkien and Rothfuss with a wide cast of characters who'll break your heart'.