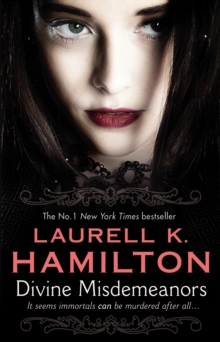 Part of the Merry Gentry series

Some know her as Meredith Nic Essus, princess of faerie.

Others as Merry Gentry, LA private eye. In the fey and mortal realms alike, her life is the stuff of royal intrigue and celebrity drama.

Among her own kind, she has confronted enemies, endured the treachery and malevolence of her kith and kin, and honoured her duty to conceive a royal heir...all so she could claim a throne.

But now she's turned her back on court and crown in favour of exile in the human world. However, while she may have rejected the throne, she cannot abandon her people.

Someone is killing the fey. The LAPD are baffled and Merry is worried: her kind are not easily captured or killed.

At least not by mortals. And it's not just these murders that concern her. It appears mortals who she once healed with magic are now able to perform miracles themselves - a phenomenon that's wreaking havoc on relations between man and fey and provoking suspicions of forbidden powers. So much for leaving blood and politics behind her.

Merry had dreamed of a quiet life, but evil knows no borders and it seems nobody lives forever - not even the immortal...