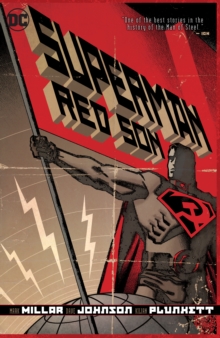 In this vivid tale of Cold War paranoia, the ship carryingthe infant who would grow up to become Superman lands in the midst of 1950sSoviet Union, where he is raised on a collective.

As he becomes a symbol to theSoviet people, the world changes drastically from what we know - bringingSuperman into conflict with Batman, Lex Luthor, and others. This volume collects Superman: Red Son #1-3.