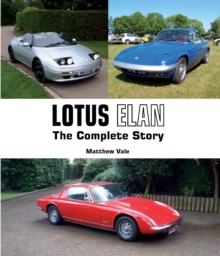 The Lotus Elan was Lotus's definitive roadster. It replaced the elegant but expensive Lotus Elite and was the first car to employ the innovative Lotus steel backbone chassis. The original Elan was produced as a two-seat, open-top sportscar and hardtop coupe from 1962 - 1973. The range was extended by the addition of the 2+2-seater Plus 2 from 1967 to 1974.