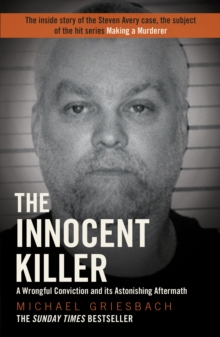 ___________________________THE BESTSELLING BOOK ON THE CASE IN THE HIT NETFLIX SERIES MAKING A MURDERERThis is the story of one of America's most notorious wrongful convictions. Steven Avery is a Wisconsin man who spent eighteen years in prison for the violent assault of Penny Beernsten.

But two years after he was exonerated, just when he was poised to reap millions in his wrongful conviction lawsuit, Steven Avery was arrested for the brutal murder of Teresa Halbach.

The 'Innocent Man' had turned into a cold-blooded killer. Or had he? Michael Griesbach is a veteran prosecutor who worked with the Wisconsin Innocence Project on the case which led to Avery's exoneration in 2003.

Examining both trials in depth and presenting an alternative view of the Teresa Halbach case, The Innocent Killer exposes the failings of the justice system and its devastating consequences for both the accused and the victims.