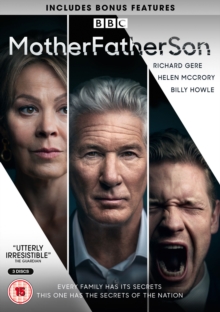 Max Finch (Gere) is a divorced media mogul who wields great power and influence in world politics and whose son Caden (Howle), in an attempt to emulate his father, runs the family paper, The National Reporter, as editor-in-chief.

Under intense pressure, Caden's self-destructive lifestyle begins to spiral out of control and causes him to have a devastating stroke.

The tragedy reunites Max with his ex-wife Kathryn (McCrory), as they come together to care for their son.

However, with a British general election looming, the family try to resolve their issues while Caden struggles with his recovery, but their secrets threaten to destroy Max's empire.