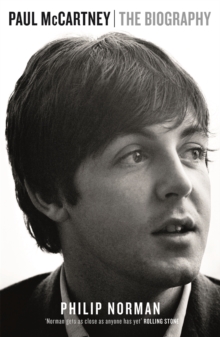 'A thorough, objective telling of McCartney's story - in and out of the most famous band ever.' ESQUIREThe first biography written with McCartney's approval and with access to family members and friends closest to him. In 2013, Sir Paul McCartney granted Philip Norman 'tacit approval' as his biographer.

The result is a masterly and complex portrait of the most successful songwriter in history. It gives a unique insight into McCartney's childhood, blighted by the loss of his mother when he was fourteen, and into the creative symbiosis and fierce rivalry between John Lennon and himself that powered the Beatles' music.

Here, too, for the first time, is the full story of McCartney's triumphant but troubled post-Beatles years: the tragic death of his first wife, Linda, and the chaotic divorce from his second wife, Heather Mills. Paul McCartney is the definitive life of a long-misunderstood genius that superbly evokes half a century of popular music and culture.

Shout! : The True Story of the Beatles
Philip Norman
£7.99