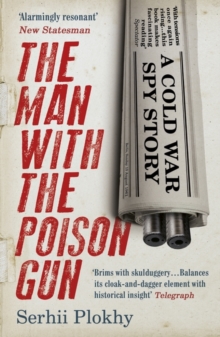 The Man with the Poison Gun : A Cold War Spy Story Paperback / softback

1961. The height of the Cold War. Just hours before work begins on the Berlin Wall, a KGB assassin and his young wife flee for the West before the Iron Curtain comes down and traps them in the East forever. This gripping story of real-life espionage and intrigue began when the Soviets invented a special weapon that killed without leaving a trace and put it in the hands of Bogdan Stashinsky.

It is a tale of exploding parcels, fake identities, forbidden love and a man who knew the truth about the USSR's most classified programme.

By the time Stashinsky had his day in court, the whole world was watching.