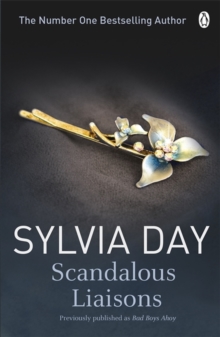 Part of the Historical Romance series

A captivating trio of sensual romances, linking the tales of wicked rakes and the flawless aristocratic young women whose hearts - and bodies - they melt. . . In Stolen Pleasures, Olivia Merrick, a merchant's daughter, finds out that her new husband, Sebastian Blake, is actually high-seas pirate Captain Phoenix, but will she make him walk the plank, or enjoy this newly discovered dangerous side?In Lucien's Gamble sparks fly when Lucien Remington, a debauched libertine, finds the untouchable Lady Julienne La Coeur dressed as a man in his gentleman's club. And in Her Mad Grace Hugh La Coeur, the Earl of Montrose, shelters from a snowstorm in an eerie mansion owned by a mad duchess.

But her companion, fiercely independent Charlotte, might just keep him warm in the night . . . Praise for Sylvia Day, bestselling author of the sensational Crossfire series:'Move over Danielle Steel and Jackie Collins, this is the dawn of a new Day' Amuse 'Several shades darker and a hundred degrees hotter than anything you've read before' Reveal***Previously published as Bad Boys Ahoy***

Reflected in You : A Crossfire Novel
Sylvia Day
£2.99

Captivated by You : A Crossfire Novel
Sylvia Day
£2.99

Also in the Historical Romance series

The Stranger I Married
Sylvia Day
£2.99