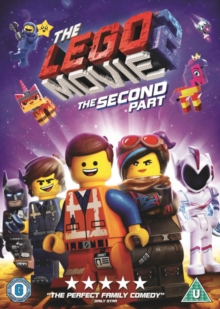 Chris Pratt, Elizabeth Banks and Will Arnett return to lend their voices to this CGI-animated adventure sequel based on the line of toys made by Lego.

When Apocalypseburg is invaded by alien Duplos and his friends are kidnapped by General Mayhem (Stephanie Beatriz), Emmet (Pratt) sets off on an adventure to outer space to save them.

There, he teams up with Rex Dangervest (Pratt) and heads to the Systar System to confront Queen Watevra Wa'Nabi (Tiffany Haddish) and rescue his friends.

But will the gang be able to prevent the dreaded Ourmomageddon?

Alvin and the Chipmunks: Chipwrecked
DVD
£5.99