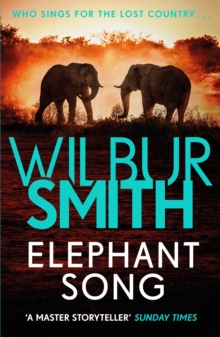 'The poachers that come across this side are organised and better armed than we are.

They shoot to kill - men as well as elephants and rhino.

We have been forced to do the same. If we run into a band of poachers, we shoot first.'Who sings for the lost country? Dr Daniel Armstrong, ecologist and documentary maker, has dedicated his life to protecting Africa's animals and rainforests.

But when a gang of poachers murders his childhood friend, Chief Warden of the National Park, and steals the government-protected ivory stores, Daniel's quest of passion becomes one of revenge.

As he calls on his expert knowledge and insider connections to investigate who ordered the savage killing, he will discover much worse than simple murder.

There is a greed and corruption devastating the country, a greed which views every person and animal as something to make the rich even richer.

Can Daniel save the place he loves from such a powerful, destructive hand?