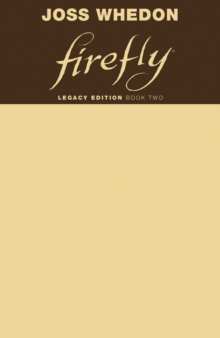 Part of the Firefly series

The official follow-up to the critically acclaimed hit film Serenity, that sees the band of space outlaws scattered to the far ends of the universe, on the run from the Alliance From the heart of the Whedonverse comes the next chapter of Firefly!

Picking up where the critically acclaimed film Serenity left off, the 'Verse is on the brink of war, and Captain Mal and his crew are on the run from the Alliance and an old, unstoppable foe.

Babies are born, friends are lost, and there's a new sheriff in town to lead the Browncoats into battle.

With the crew scattered to the far ends of the 'Verse, it'll take quite a gamble to pull them back together . . . but when the chips are down, never bet against Captain Malcolm Reynolds!

Also in the Firefly series